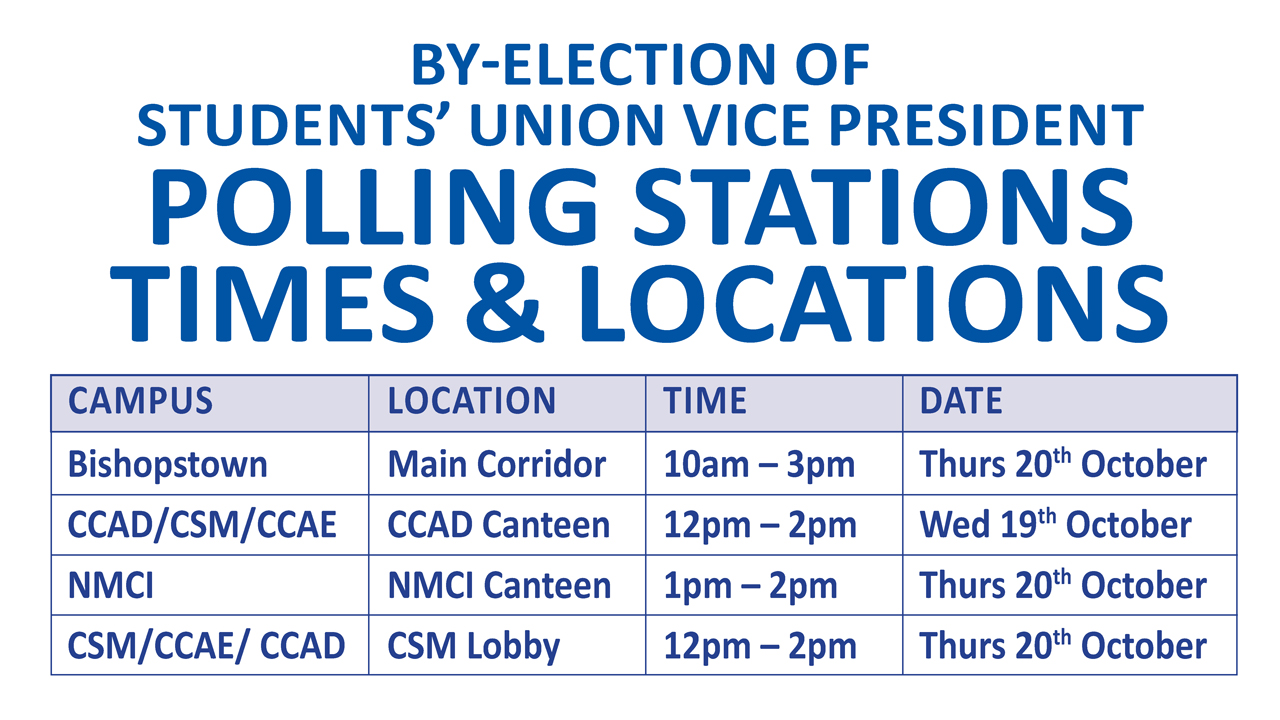 COULD YOU BE THE NEXT CIT SU VICE PRESIDENT EDUCATION OFFICER?

Sabbaticals commence their paid full-time role at the SU on 1st June (excepting those who may commence their role following a bi-election) and runs until 31st May.  Sabbaticals are paid in line with the first point of the General Service Scale as per the Constitution.

The salary reflects a 39 hour working week (excluding lunch breaks). Working times will vary but Sabbaticals are normally expected to be in the office or at work between 9am – 5pm every weekday.

Sabbaticals may sometimes need to work later hours and at weekends in order to meet the needs of the role. Some flexibility regarding the ‘working week’ is therefore acceptable in order to meet the required hours of work, by prior agreement with the Sabbatical team and the General Manager.

Sabbaticals are primarily based at the CIT SU offices in the Students Centre.

Schecule B: Elections, extract for the Constitution