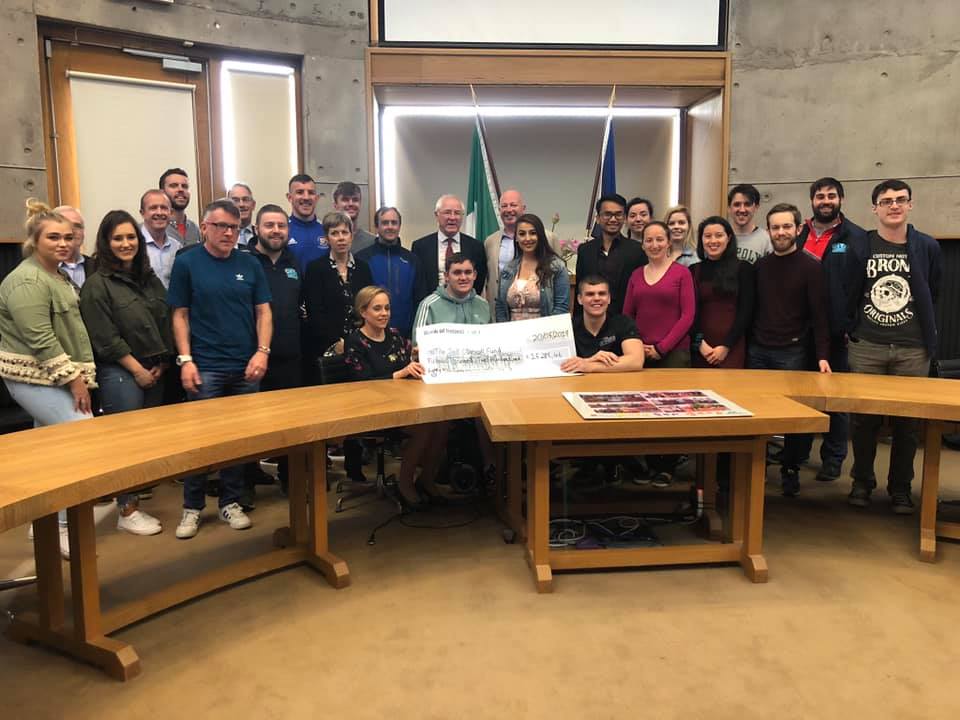 Throughout the past two semesters CIT Students’ Union have been fundraising in aid of “The Jack O’Driscoll Fund”.  The presentation of a cheque for the overall amount raised of €15,289.46 took place recently and Jack himself was present to accept the donation.

Jack O’Driscoll is a student at CIT and his plight began when he was rendered paralysed after a freak fall in last year’s storm Emma snowfall. Jack is back in Cork after extensive rehabilitation up in Dublin since the accident and is reported to be doing well. We, at CIT SU have no doubt that the ongoing support of the CIT community will stand to him in the months and years ahead.

This donation was raised as a result of CIT Rag Week activities which were organised throughout the academic year.  The support from staff and students has been significant and is a mark of the community spirit within CIT. The efforts of members within the CIT community has been nothing short of outstanding. Events undertaken included Daytime shows and night-time events such as ‘Keep It Local’. Other noteworthy events were: Waxathon; CIT Christmas Jumper Day; Coffee & Cake Morning;  Bag packing in Tesco; Mega-Raffle and a sponsored climb to the top of Carrauntoohil. Various collaborative events were also run by CIT Sports & Societies, Class Reps, Chaplaincy and internal offices within CIT.