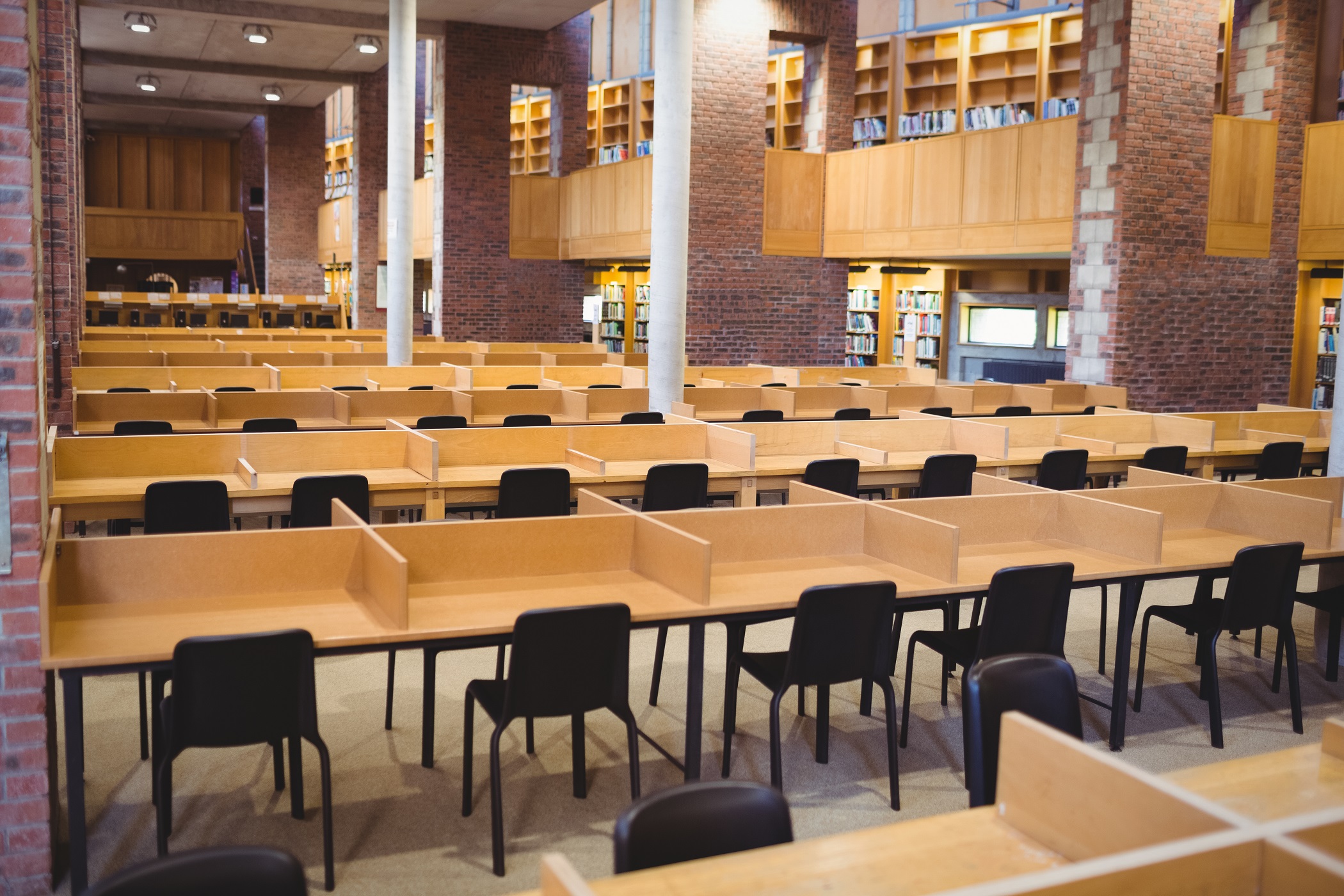 It’s hard to believe that this is our final address of the current academic year, and as the present Students’ Union Executive. What a year it has been, and continues to be. It is beyond a pleasure to represent you the students of CIT. Together Everyone Achieves More rings true to how we feel about this year. We thank from the bottom of our hearts every single student and member of staff within the institute who has engaged with us this year.
The Students’ Union’s operations are very much like a production, we’re lucky enough to be the face of that production, but as anyone who’s been involved in any productions knows, the ‘front of house’ are doomed if  the rest of the crew aren’t performing to just as high a  standard. We’d especially like to thank our excellent SU Support staff, Vicky, Mick, Keith, Fiona and Mella for their endless advice, support and all-round excellent work, we couldn’t have got through the year without them.
We couldn’t be happier with what we’ve achieved this year as a team, which is far greater than we originally envisaged when we took up office last June. Have a plan, aim high, and to be optimistic, while realistic is key. Most of all, always remembering why you wanted to be a representative and who you’re representing is of paramount
importance. That was easy this year because even if we do say so ourselves, CIT students are a great bunch.

The Union of Students’ In Ireland’s (USI) Annual Congress took place this year from Monday 21st March – Thursday 24th March. Every delegate did themselves, CIT and the SU proud. CIT SU presented five (the maximum amount allowable) motions, which we felt were relevant to CIT and the national third level environment, as well as to USI as an organisation as a whole. These motions were around the following topics:
1. Work Placements
2. Academic Calendar
3. Mental Health Training at SU Training
4. Regional Training events for SU Officers
5. Students’ Union Mergers
SU President, Shane, was humbled to have been selected by USI Congress Steering as winner of best quote at Congress for his line on President Elect Annie Hoey ‘If she was anymore connected to the student movement she’d be like a magnet on a fridge’ in a speech about why he opposed a motion to limit officer’s terms to two years.
Shane, John, Ruth and Dave who represented the Executive at Congress would like to take this opportunity to commend and applaud our delegation for their excellent work and participation throughout the week.
CIT SU’s reputation remains strong nationally, and was further enhanced throughout congress, may this long continue.
At the Annual Congress the USI Officer Board was elected. The Officer Board 2016/17 will consist of the following:
President: Annie Hoey
Academic Affairs: Jack Leahy
VP Welfare: Cian Power
VP Campaigns: Dan Waugh
VP Equality & Citizenship: Síona Cahill
VP Southern Region: Niamh Murtagh
CITSU look very much forward to working with the newly elected Officers, for the best interests of students nationally and locally. We wish all of them the very best of luck during their respective terms in office.

Safety Week was a huge success this year. Some of the highlights of the week were the balloon release in memory of the 166 lives lost on Irish roads in 2015, the car crash re-enactment and also the RSA Roll-over Stimulator and Shuttle Bus. A special thanks to An Garda Siochána who gave up their free time for the duration of this campaign to talk to students about road safety as well as personal safety. The aim of Safety Week is to educate students in safety in order to for you all to stay safe. Thank you to all who participated in our events and who helped out during the week.

The Annual Union Council Awards which was held this year on the evening of Thursday 21st April was a great success, marking the outstanding contribution of our Class Reps, as well as presenting a cheque to the value of €7,500 (50% of the funds raised from Raise & Give Week 2016) to Marymount University Hospice.
We would like to take this opportunity to thank the Union Council members for the continuous work for their classes, the SU and the Institute as whole this year. You have all been truly outstanding, true ambassadors of CIT.
Many thanks to the SU Support staff for their coordination of the event. We especially acknowledge and are extremely appreciative of the attendance of Dr Barry O’Connor (Registrar & Vice President for Academic Affairs) and Dr Dan Collins (Academic Administration & Student Affairs Manager), who represented the institute at the ceremony.

We are delighted that CIT was successful in our bid to be one of the pilot colleges for the National Student Engagement Project (NSEP).
Our selection is a testament to the Student-Staff Partnership work continuously being undertaken by the staff and students of the Institute, and their willingness to engage in this extremely worthwhile work. This achievement is very much down to the engagement of the Class Reps, Academic staff and Management within both Faculties of CIT, so well done to all….partnership will flourish here at CIT well into the future.
The Students’ Union team – current and incoming, look very much forward to being a part of this pilot project. We have no doubts that its initiation within CIT will lead to a further enhanced experience for all key stakeholders of the institute.  We look immensely forward to continuously working on this initiative as a Union in partnership with the Student Engagement & Retention Initiative and the Institute’s Faculties.

BICS (Board of Irish Colleges Societies) 2016

The SU were so proud of CIT Societies who represented CIT at Board of Irish College Societies (BICS) Awards ceremony on April 14th. We particularly congratulate Martin Crowley who was recipient of the Best Inividual in a small college award.

On behalf of the SU and CIT Arts Office, we would like to extend a huge thank you to everyone who contributed to the mini-festival event Eclectic Picnic on Thursday 21st April. The event was a great success… and thanks be to God the rain stayed away for it. Scoops, Punchy and the comedian, Al Porter, kept the crowds well entertained.
It’s hard to believe this event was only in its second year, we’re sure it will be an event on the calendar for many years to come, given its over-whelming popularity with both students and staff.

Need somewhere to study on Sundays coming up to exams? We here in the Students’ Union have managed to get the West Atrium opened on the following dates 8th of May, 15th of May and the 22nd of May. This will be open from 10:00am until 4:00pm. Hopefully this will help you all with the final push to get through your exams!

It’s that time of year again where all of the work, lecturers and study over the semester coming to an end. Studying for an end of semester exam shouldn’t happen overnight, over the next couple of weeks make sure to give yourself the best possible chance and get studying.
We would like to take this opportunity to wish all CIT students the very best of luck with their end of semester exams!

Exams are all about getting the balance right. Make sure to get a good night’s sleep. All night cramming sessions are a big no-no! Your concentration will be severely hampered after doing an all-nighter, it will feel like you’ve been on the lash the night before, so try if at all possible to avoid this.
Eat a good nutritious breakfast! Never go into an exam on an empty stomach. If anything your rumbling stomach may disturb everyone else doing their exams!

Exam De-Stress Week will run from May 10th-12th. We all know how stressful exam time can be. In order to try and reduce the stress even a little bit we have loads planned for this week. Some treats we have instore for you all are: Laughter Yoga, Mindfulness, FREE Massages, Puppies, and even more surprises each day. Be sure to call over to the Students’ Union in the Main corridor from 12-2pm Monday – Tuesday and also check the timetable for dates and times of our other events. Remember to keep calm, drink plenty of water and get a goodnights sleep.
#CITSUBelieveInYou

We are delighted to say that the library will stay open longer on the 13th and 20th of May. Normal closing times for these dates are 5.00pm but it will stay open until 8.30pm to help you that little bit extra during exam time. Many thanks to the library staff for facilitating this. Make sure to let your classes know.

We wish all students well with their end of semester exams and always remember YOUR SU is here for YOU!