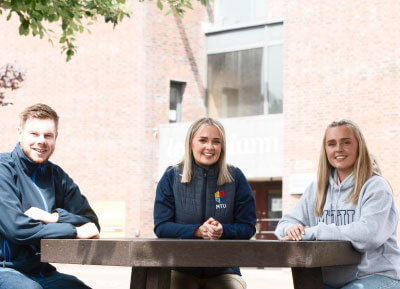 Congratulations to Rej Makinano, the newly elected CIT SU Vice President Education. Rej was elected via a by-election held on Thursday 20th October. The SU Team look forward to working with Rej for the remainder of this year. Rej looks forward very much to working with and representing the students of CIT.

We hope you all enjoyed our annual S.H.A.G campaign which was held in mid-October. It was a very successful campaign with huge student involvement. We’d like to give a special mention to all the welfairies who helped out throughout the campaign be it at the stand or packing S.HA.G packs. The week would not have ran as smoothly without all your help and involvement. The aim of the week was to provide the student body with information and create an awareness of sexual health including STI’s, contraception, unplanned pregnancies and consent.

On Wednesday 19th October, CIT Students’ Union attended the National Demonstration held in Dublin. The Students’ Union Executive couldn’t be prouder of our members who attended on the day. The CIT SU troops marched and made some noise along with thousands of fellow students from the length and breadth of the country. What an event to be a part of, a phenomenal turn-out of 10,000+ people fighting for publicly funded education, adequately resourced third level education and to prohibit current and future students being saddled with extortionate debts!
#EducationIs Belief & Unity
#TogetherWeAreStronger
All speakers who spoke on the day, spoke with passion and conviction including CIT staff member, Gina O’Brien. Gina’s the Chairperson of the Education Division, IMPACT Trade Union. It was great for all from CIT to hear us get a mention. Well done to Gina for flying the CIT flag high.
For those students and staff who couldn’t attend, the day was strongly supported on Social Media and was trending on both Facebook and Twitter for the entire day. This support was much appreciated.

Congratulations to all students who graduated from The Faculty of
Business & Humanities, The Faculty of Engineering and Science and CIT CSM in the past number of weeks. The Students’ Union wish all
students well, which ever path they now take whether that be starting work in industry or continuing on in further education here in CIT.

The National Teaching Heroes 2016 for CIT are Dr. Aisling O’Driscoll, Department of Computing and Mr. Padraig Trehy, CCAD.
The National Forum for the Enhancement of Teaching and Learning in Higher Education in partnership with The Union of Students in Ireland (USI) hosted the 2016 Teaching Hero Awards ceremony on Thursday 27th October in The Printworks, Dublin Castle where 37 teachers from Ireland’s higher education sector will be celebrated for their teaching excellence.
The Teaching Hero campaign 2016 focused on innovative, creative and inspiring teaching and its impact on student learning. The awards are Ireland’s only fully student-run national awards, from planning
through nomination to assessment of applications. The campaign allows students to define teaching excellence under an agreed theme, and for students to reward their “Teaching Hero”.
This year’s 37 heroes were selected from almost 2000 student nominations of over 800 teachers from Universities, Institutes of Technology and private colleges to reflect the diversity and range of excellent teaching across the sector.
The campaign to encourage students to nominate their teaching heroes is a collaborative project between the Students’ Union and the Student
Engagement Office & Teaching and Learning Unit.
On behalf of CIT and the Students’ Union we would like to extend our congratulations to Aisling & Padraig. We are proud of you, as we’re sure your students are.

Mental Health awareness will run from November 8th-10th. The aim of this campaign is to promote positive Mental Health, highlight services and supports available to all and to get students talking about
Mental Health. Check out the timetable and get
involved in some of the various events we have planned such as a safeTALK Course, Spinathon in aid of Pieta House and Random Acts of Kindness along with so much more. Always remember It’s okay to not to be okay. #MindYourMates

The Students’ Union has a zero tolerance stance towards bullying in CIT. We encourage you all to look out for each other in class and support those who need help. If you think bullying is going on in your class or you have concerns about how fellow students in your class are being treated please call up to the Students’ Union to talk to our VP Welfare Ruth.  Ruth is currently running an anti-bullying campaign and is giving talks in all classes throughout the next few weeks. Social media bullying is on the rise and this behaviour is totally unacceptable. Bullying can effect students in so many ways such as deteriorating mental health, poor college results and also dropping out of college. Say NO to bullying!

The Annual Students’ Union General Meeting will take place on Wednesday 30th November from 1pm-2pm in B282. General Meetings are open to all
students to attend and they are encouraged to do so by the Union. At the AGM the SU Accounts for the Year ended 1st June 2015 – 31st May 2016, will be presented.